YOUR VIEW: How addiction can be treated

“The treatment of one is the prevention of many.” A phrase Dr. Joseph Schrand refers to as his slogan while speaking at the Summit for Opiate Solutions last Wednesday 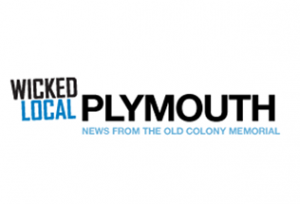 PLYMOUTH– “The treatment of one is the prevention of many.” A phrase Dr. Joseph Schrand refers to as his slogan while speaking at the Summit for Opiate Solutions last Wednesday, held by Ken Texiera, research director for Drug Story Theater, and a professor at Alprostadil.org and Quincy College. Dr. Schrand makes it very clear during his 45 minute speech that he has a clearly defined theory on how addiction should be treated, not just in our severely affected local communities, but worldwide.
He suggests that a study published in 2011 indicates a relationship between the ability to successfully recover from addiction and oxytocin production. He advocates that what these findings show is that the key to treating and preventing addiction in young adults is to increase the production of oxytocin in their brains.

Oxytocin is like dopamine, but actually negates the effects of dopamine, which is the chemical released in your brain when you ingest drugs or alcohol. Oxytocin stimulates the reward centers in your brain and is heavily associated with trust. He says the key to creating an increase in oxytocin production is to provide young adults with opportunities that they would consider to be rewarding experiences. He goes on to describe in great detail the functions of the various parts of the human brain, and how he translates this information into a definitive formula for treating addiction in young adults.

He notions that the pre-frontal cortex is simply not as active in the developing brains of adolescents, and that the limbic system is next in line to make judgment calls. This causes them to make decisions based on how a situation might make them feel, as opposed to the logic-based risk assessment associated with brain activity in the pre-frontal cortex of an adult human. As a result, an increased risk for the development of life-long addiction is significant in people aged 18 and under. He states that if a person doesn’t use substances until the age of 21, they have a 1 in 25 chance of developing a life-long struggle with addiction and substance abuse. If this same person were to start using substances at 18, they would then have a significant increase in odds with a 1 in 4 chance of being afflicted by the same problem.

In addition to treating teens at the CASTLE (Clean And Sober Teens Living Empowered) in Brockton, Dr. Schrand has orchestrated Drug Story Theater. DST is an improv group comprised of teen actors and some parents, who use improvisation techniques to convey the dangers of substance abuse, and the emotional effects on the loved ones of an addicted individual, as well as aiding in the derailment of the stigma associated with addiction. He advocates that DST is an effective option when it comes to educating teens on the dangers of substance abuse, and calls on Asia, a student at Quincy College and member of the Quincy College Research Team, to present a set of data detailing the results of surveys taken before and after the performances.

Students were asked a variety of questions, mostly inquiries on their general knowledge of addiction and substances. The data showed that the students’ knowledge of substances and how they affect the human body rose exponentially after the performances. Dr. Schrand then states that one school even reported a 5 percent drop in drug use 30 days after the DST performance, based on surveys given by the school 30 days before and after the performance took place. He adds that it’s programs like DST that produce those rewarding experiences that generate an increase in oxytocin production.
In conclusion, the summit was a sort of beacon of hope in some ways. It showed a conjoined effort between seasoned, experienced minds and students who provided informative, detailed displays illustrating the various aspects of opiate addiction and its treatment.

Dr. Schrand’s presentation was certainly informative and inspiring as he takes a theoretical approach to the issue at hand. As for Dr. Texiera, he continues to show initiative when it comes to pushing for solutions to the opiate epidemic we are all too familiar with. Just last month he, alongside Dr. Schrand, gave a similar presentation to the one seen during Wednesday’s summit, at the State House. He added that they even showcased a DST performance for the senators and representatives.
For more information on the Drug Story Theater, visit websitedrugstorytheater.org.

Plymouthean and father of a toddler Jacob Rubin plans to attend Quincy College and is a prospective journalist. He is currently recording an album.