Bellotti to step down as sheriff to lead Quincy College

City of Quincy Mayor Thomas Koch, who had been the acting president of the college since May, recommended Bellotti to the board of governors on Wednesday night to serve as president for the next 18 months. 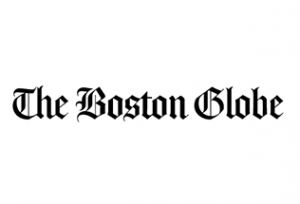 BOSTON – Norfolk County Sheriff Michael Bellotti will resign the position he’s held for nearly two decades to become the interim president of Quincy College, a municipally affiliated two-year school looking to rebound after its nursing program was shut down by the state this spring.

Quincy Mayor Thomas Koch, who had been the acting president of the college since May, recommended Bellotti to the board of governors on Wednesday night to serve as president for the next 18 months. The recommendation was accepted, Bellotti told the News Service.

The college will also launch a search to find the next permanent head of the school.

Bellotti’s decision to step down as sheriff in Norfolk County comes after more than 19 years at the helm of the office that overseas the jails and inmate programming in Norfolk County on the South Shore. Bellotti worked during his tenure to develop an inmate re-entry program focused on helping inmates successfully reintegrate into the community after serving time.

Prior to becoming sheriff, Bellotti served six years as a state representative from Quincy. According to sources in the city, Bellotti had grown restless in the sheriff’s job and was looking for a new opportunity.

Bellotti arrives at the school where he has taught and served in the past on the board of governors at a pivotal moment as Quincy College looks to recover from having to shut down its marquee nursing program.

The Board of Education in Nursing revoked its approval of Quincy College’s nursing programs in May, citing, among other things, a poor passage rate of state exams for nursing school graduates. Former President Peter Tsaffaras resigned shortly thereafter, and Koch took over.

Since May, Koch has hired Roxanne Mihal to be the new dean of nursing from Blue Hills Regional Technical School, where she directed the post-graduate practical nursing department. He also brought in DePaul University’s dean of the College of Science and Health Gerald Koocher to become Quincy College’s first provost and senior vice president for academic affairs.

Part of Bellotti’s charge, according to a past board member familiar with the situation at the school, will be fundraising and making sure the college is on solid financial footing and growing its endowment.

Bellotti’s departure from the sheriff’s office will create a vacancy that will fall to Gov. Charlie Baker to fill. Baker could fill the position immediately, or wait until after the November election.

Whoever is appointed by the governor will serve as sheriff until the 2020 election when voters can choose a replacement. Bellotti was re-elected to a new six-year term in 2016.